Here are some weapon designs that I'll be needing for my personal project. First I started to draw, but then by chance browsing the references I realized that it will be much faster and at the end more realistic if I would use real weapons and other technology parts from photos. Of course there were a lot of adjustments to make things sit in the right position. Anyway I'm pretty happy with the result. Now when everything is defined it will be much easier to make 3d model and some nice textures.

Below the concept is high polygon model of the weapon, and below high poly would be finished low poly model. I used some simple materials just to accent material differences, real textures on low poly model, of course, will be more distinctive. I hope that I'll have more free time to finish all weapons from this concepts. Eventually, watching this first weapon I realized that it looks  like some modernized version of VSS Vintorez, so that's how the rifle got a new name in this 3d version. It was also fun to play with logotypes of companies that are producing such weapons.

It's been a while since the last post but I'll keep this particular one alive until I make all models from concepts and some extras. I'm updating it with the high poly model of Electro Laser. It uses just simple materials for now. As you can see I made a lot of changes but it still uses the same sporty handle. Other parts are slightly different. A lot of time has passed so new ideas emerged. Anyway I think it looks better this way. 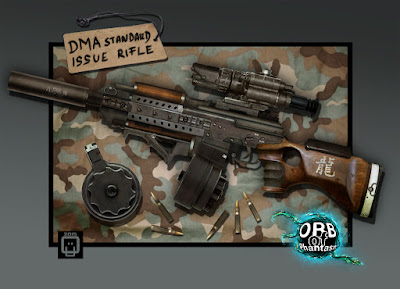 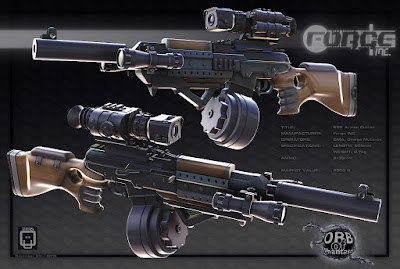 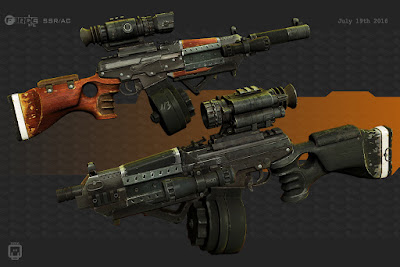 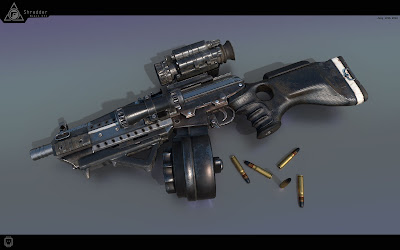 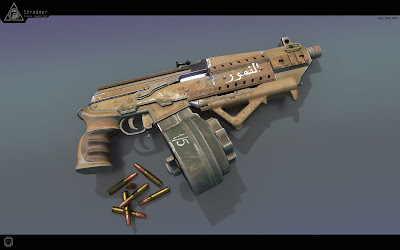 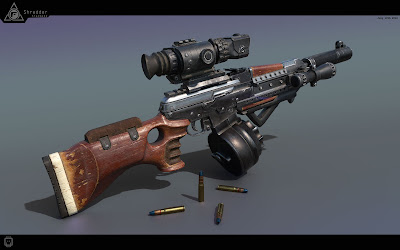 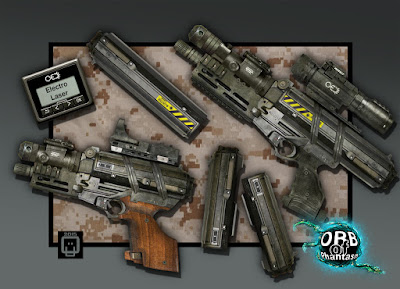 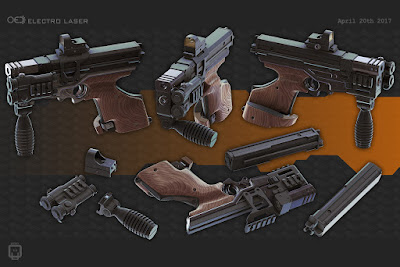 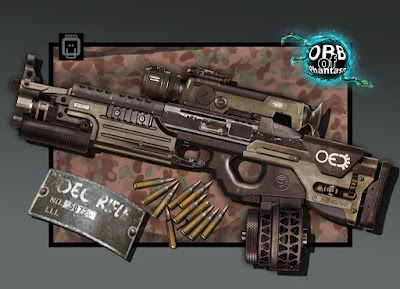 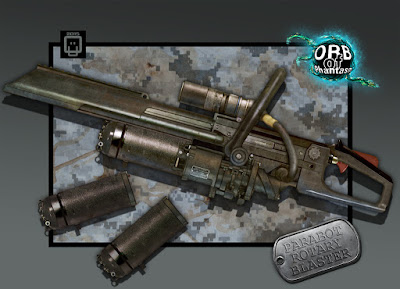