I'll post some of exercise results here. Just a few of them, that I'm relatively satisfied with. First one is flying transport vehicle which is result of compound objects in perspective exercise. Should work like a Sikorsky Skycrane but with VTOL jet engines. Below is the city that I tried to draw as a background, but in half I asked my self: " What the hell are you doing, you should practice, not lose time on some detail that would not even be visible", so I decided to create some quick background. I'm still on compound objects and I'll practice to draw pieces of technology which I think are the best for that degree of practice. 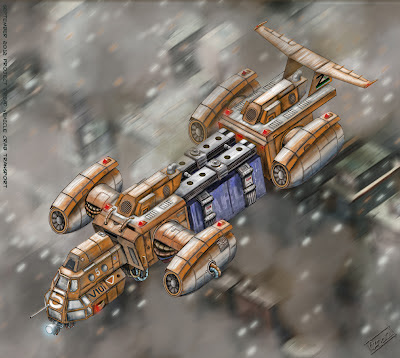 I recently ran on the Paul Richards page where he explains the process of designing a new things through thumbnailing, he is very talented and busy man, just take a look at portfolio, and it's really fun to read his advices.

How I'm still practicing, I decided to apply learned lessons, here are some of my thumbs for new flying vehicle that I need for personal project. 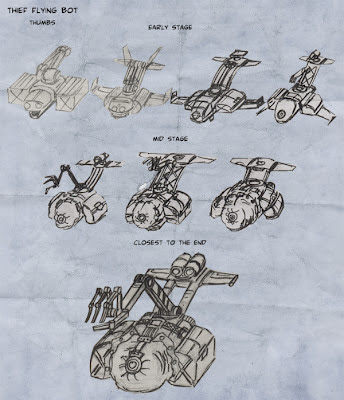 Couldn't resist new idea, Thief bot's older brother the Para-bot. Here is just basic sketch about his behaviour, 1st sketch represent him thrown from the aircraft, then he is flying, using jetpack, some rough landing and rise up. Maybe I'll add some more detail later. 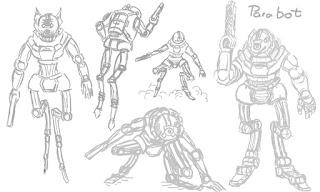 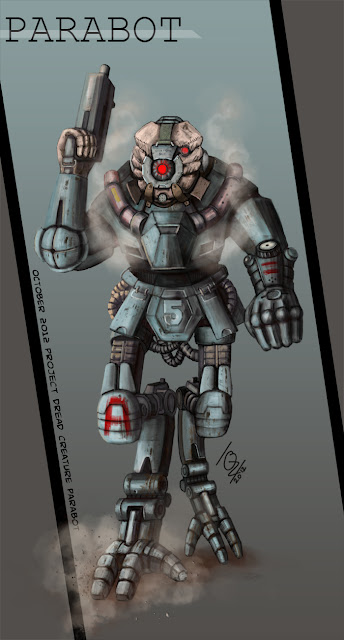