I don't really like fantasy genre, but lately I started to read Michael Moorcocks Elric of Melnibone, well, it's not so bad, it's kind of fun despite some inconsistencies and naive, strange overturns even for that kind of literature. Book has been trigger and made me more open for such a genre. Now I'm playing really good PC fantasy RPG, it's not much different from other bestselling fantasy crap, but in some way I like it, it is even inspiring for me, helps me to develop new ideas. So here it is, something that I took from fantasy world and adjusted to my own. It even has its own little story. 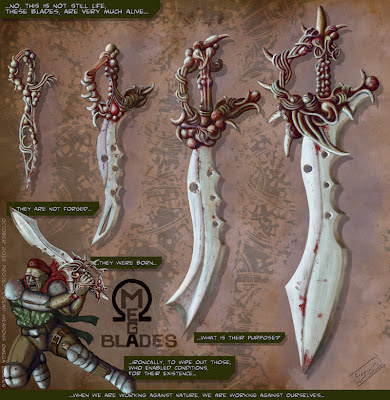 Bigger image of blade bearer with his own story. 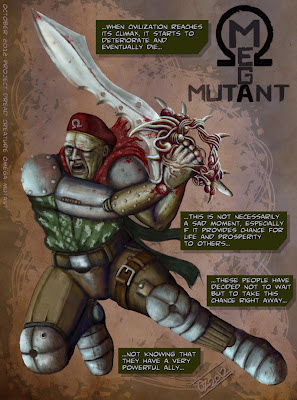 Behold!! Double blades armed dwarf. He is not a joke!! 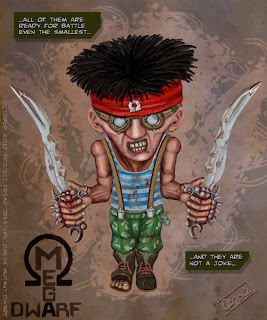 This was just a small digression, back to the machines now.