I'm playing with 3d Coat for some time already. I began to use it somewhere at the beginning of this year. I started carefully, making some details for models that I made in MAX, damages, scratches, wrinkles for textile materials and so on. Probably would have used it more if I had more free time. I'm finally finished with one project on which I worked for about six months so now I'm back on my private project which I use for learning and experimenting with various new software. I always really wanted to make some serious characters in 3d so I decided to make crew for my tank. I made face and tanker cap and then retopology in 3d Coat. It's very intuitive and user friendly application, you almost don't need tutorials for it. Then I imported everything in MAX and made rest of the stuff there. Later I decided that shirt and glasses need more details so I again played a little bit in 3d Coat. At the end baked everything in MAX. Now follows part that I love the most, texturing. I will probably use 3d Coat also, since Substance Painter is not entirely ready for action. Later, I plan to make entire body, leather jacket, tanker overall, boots and so on, but first I want to see how this will turn out. For now, I'm pretty happy with the result. Entire model has only 8883 polys. 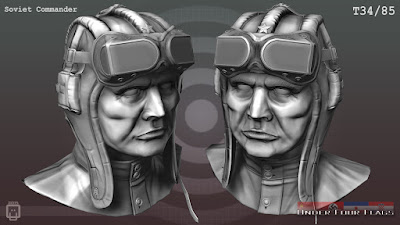 Here is fully textured version. I used my standard workflow, some parts are painted in Mudbox and completed in Photoshop. At the beginning I tried painting in 3d Coat but materials are just too generic, you can make your own materials, stencils and brushes but I would need some more time to do it so I returned to my well confirmed method of making textures. This particular model uses diffuse, specular, glossiness and reflection mask maps, of course there is normal bump that is already visible on the previous screenshot.

Below is completed low poly model using baked normal maps. His Tokarev pistol is missing but I'll make one later. It will use his own texture. Altogether it has 26000 polygons. 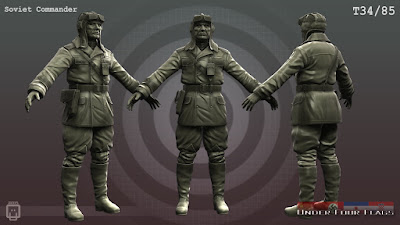 Here is textured version. Next I will be working on skeleton and rigging, so he can take some poses. 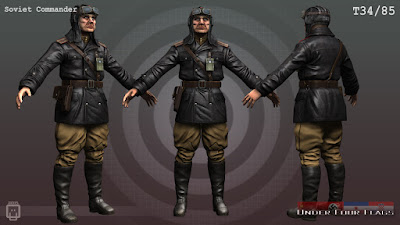 One with more details visible. 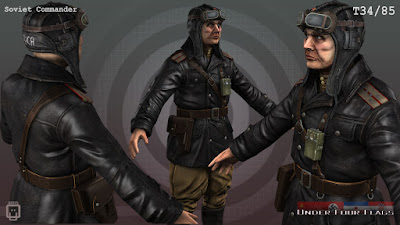