Earlier I wrote that I have a lot job to do, so here is part of what I have been doing during that time. This is concept art and some renders of well armored humanoid rhinoceros, specially designed to promote and symbolize strength and quality of  Rhino App.net client. Also I think he would not mind to show up in some action computer game, in which, he would cut down evil enemies with his light sphere. On far right of concept art is shown how to relax after a hard fight.

3d version is modeled in 3d studio MAX, detailed and partly textured in Mudbox and of course good old Photoshop. 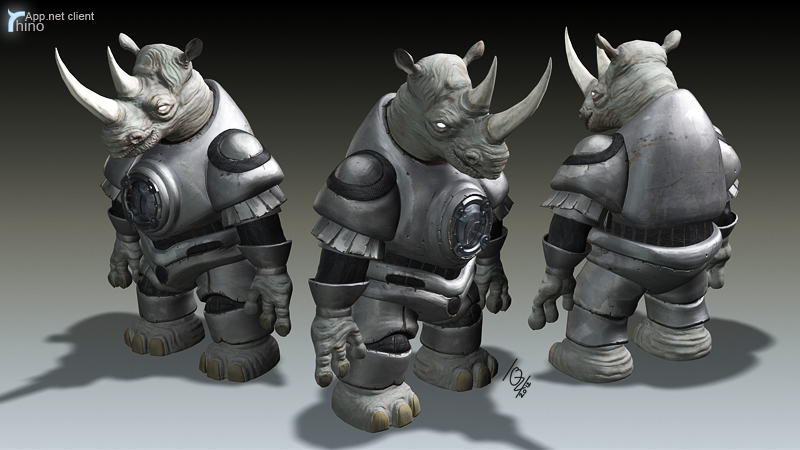 Final image done in After Effects since I found it more efficient than PS even for still image when it comes to compositing of previously rendered layers. Also in AE, you can use more interesting effects. 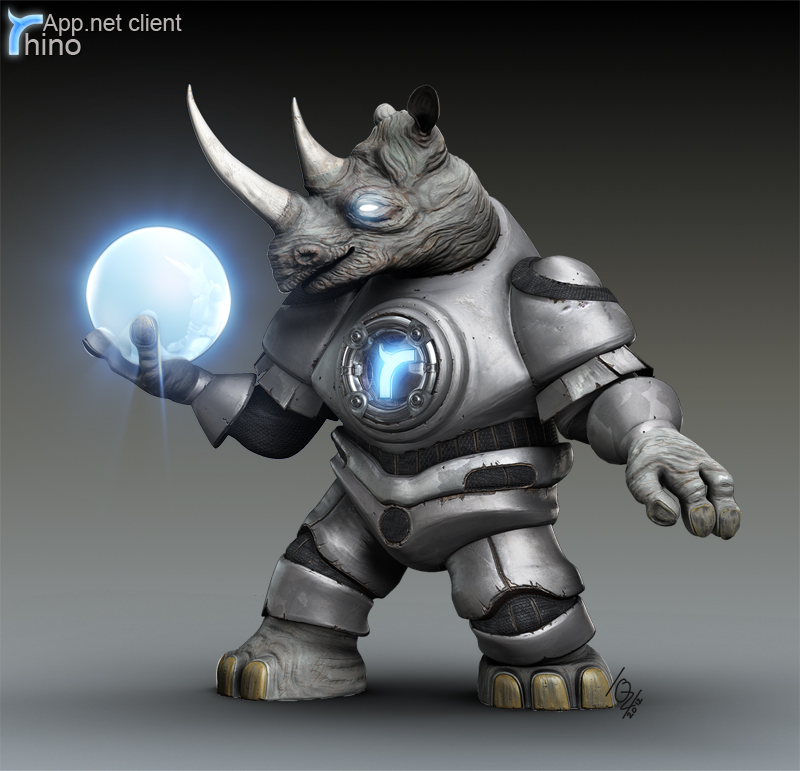